We are a small but mighty production company, made up of experienced and dedicated media professionals. All of our staff had different but stimulating careers before joining forces for Licklemor Productions. Together they are dedicated to creating bold television shows that shine a light on subjects that are, all too often, overlooked.

Our mission is simple. We make brilliant, exciting shows by working with the talented alumni of the MAMA Youth Project and other established television professionals.

Bob has been a professional editor for over twenty years, and personally funded the first two years of MAMA Youth Project’s operation.

Bob started his television career in 1982 as a Video Tape Operator for Humphries Video Services. He went on to join The Services Sound & Vision Corporation in 1987 where he cut his teeth as an editor on different types of programming including light entertainment, news and documentaries. Following BBC training, Bob became a freelance editor and worked at various facilities in Soho, before setting up his own- bcPost.

In 1996 Bob took this facility to the next level by purchasing his first Avid Media Composer, which attracted clients such as the BBC, Endemol, Ginger Productions and Tiger Aspect. Then, in September 2005, MAMA Productions funded an experiment and recruited young adults to make an entertainment show called ‘What’s Up’. This experiment proved so successful, it led to the formation of the MAMA Youth Project.

In 2008, Bob decided to put all future commissions through the MAMA Youth Project, using talented newcomers who had worked on ‘What’s Up’. This enterprise became very successful and turned over 45,000 in 3 months. However, due to the legal limitations of a charity earning income, Licklemor Productions had to be formed – which is now MAMA Youth Project’s commercial arm.

On a personal level, Bobs great strengths are his creativity, adaptability and ability to understand what a client wants. He is also quick to recognise new talent and give them the opportunities they need. 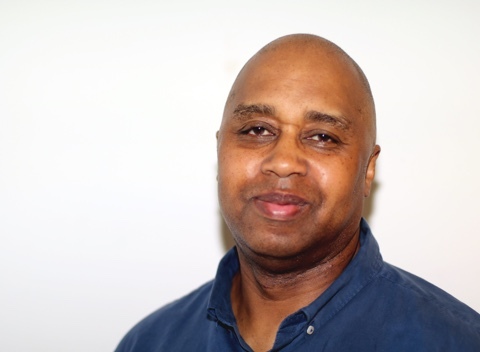 Cristina Ciobanu takes a vision and makes it a reality through sound strategy development. She intuitively sees the threads of opportunity that wind through an organisation, brings them together into a coherent whole, helps others extend their thinking, and drives plans forward. She is flexible and used to overcome challenges. Respected as a credible voice in decision making, finding strategic partners, and establishing new business, Cristina earns a seat at the table wherever she serves.

Previously, as Producer of the main production What’s Up TV for Sky1, Cristina worked closely with MAMA Youth trainees for 2 series. During this time, she raised the delivery bar by adding an extra episode to the series and took an interest in the charity financials attending meetings to set up new partnerships. Earlier she rose through the ranks after completing the MAMA Youth training herself.

She began her career in Journalism as a TV reporter for a local TV station. Cristina holds a Film and TV Production MA from the University of West London and completed her studies in Romania and Norway. Michele has worked in the media sector since qualifying as a chartered accountant in 1995. Her television career started at Channel X Communications Limited, where she ran the accounts team before moving across to production managing their comedy and entertainment shows. After a short stint at post production house Molinare, she went freelance as a line producer and worked for a number of major independents on talent-led studio and live shows.

Subsequently she worked as Head of Production for Pilot Productions,  who create internationally funded travel shows, which were both produced and distributed in-house, before moving again to Republic Publishing Limited, a content creator for the technology sector, where she ran the accounts team and was the social media manager for a major client’s corporate and social responsibility channel.

Now settled as Finance Director at Gobstopper Television Limited, Michele has been working with the Mama Youth Project in a voluntary capacity since 2012 and has joined the Licklemor team at a very exciting time in their development.

Michele studied at Manchester University, where she spent way too much time at the Hacienda, and has a Masters in Media and Communication from Goldsmiths. 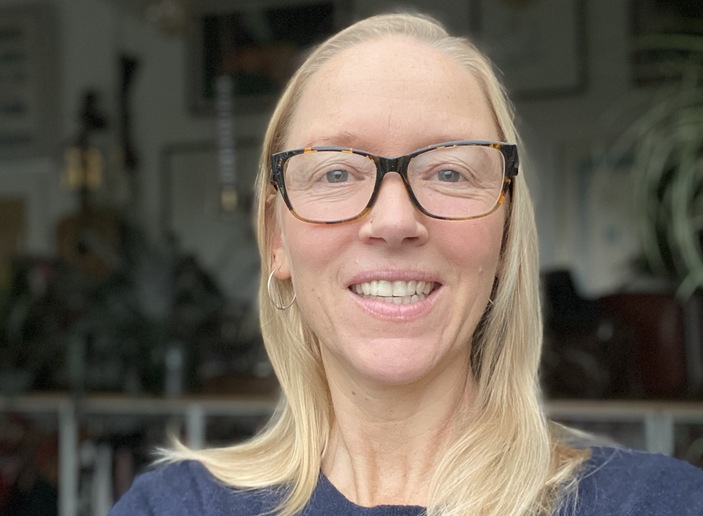 Tess is a creative, with an eye for colour, aesthetics and detail, she curates her life and the world around her. Working closely with set design, lighting, direction and the whole team she designs and adjusts visual and symbolic elements to create coherent, dynamic results.
After graduating from Oxford Brookes with a degree in fine art Tess has since had a permanent ceramic sculpture commissioned by Nuffield Orthopaedic Centre, a smiling pink skeleton!
Tess designed and constructed the set for Unmuted on Sky Arts with the help of fellow artist Elly Muir and the wonderful set team at sky. The set largely consisted of hand painted flats in monochrome, later brought to life by changeable coloured lighting. And was completed with a large scale papier mache sculpture, a mannequin-turned-floor-lamp and simple plinths to best showcase the weekly emerging artists pieces.
Anything from the residue in a teacup to the contemporary art market can be used as inspiration. Tess takes from her own personal life experience, weaving it though everything she creates. 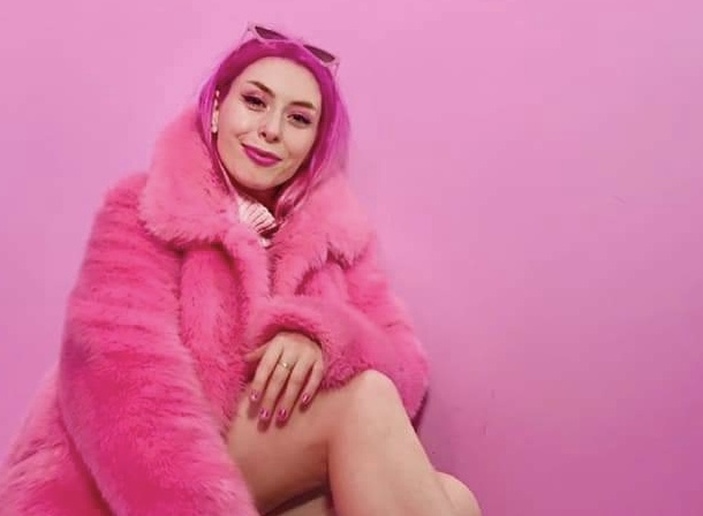