Licklemor’s inaugural show, What’s Up TV, was broadcast for 17 series on Sky One. For two (7 x 30’) series every year, our original magazine show featured the latest from music, comedy, arts, events and current affairs. While it was aimed at viewers aged 16-35, its buzzing, energetic feel was thoroughly enjoyed by all ages.

Hosted by Remel London and Aaron Roach-Bridgeman, who are supported by a savvy group of presenters, What’s Up TV was celebrated as potentially the most diverse home grown show on British television, and was nominated for Groundbreaking Programme at the 2014 Creative Diversity Network Awards.

Unmuted, Licklemor’s new magazine show, is broadcast on Saturdays at 10pm on Sky Arts, but you can watch past What’s Up TV items on our YouTube channel: https://www.youtube.com/user/whatsuppicktv or website: https://www.whatsuptv.co.uk/ 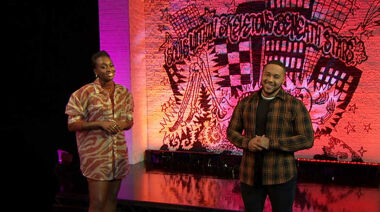